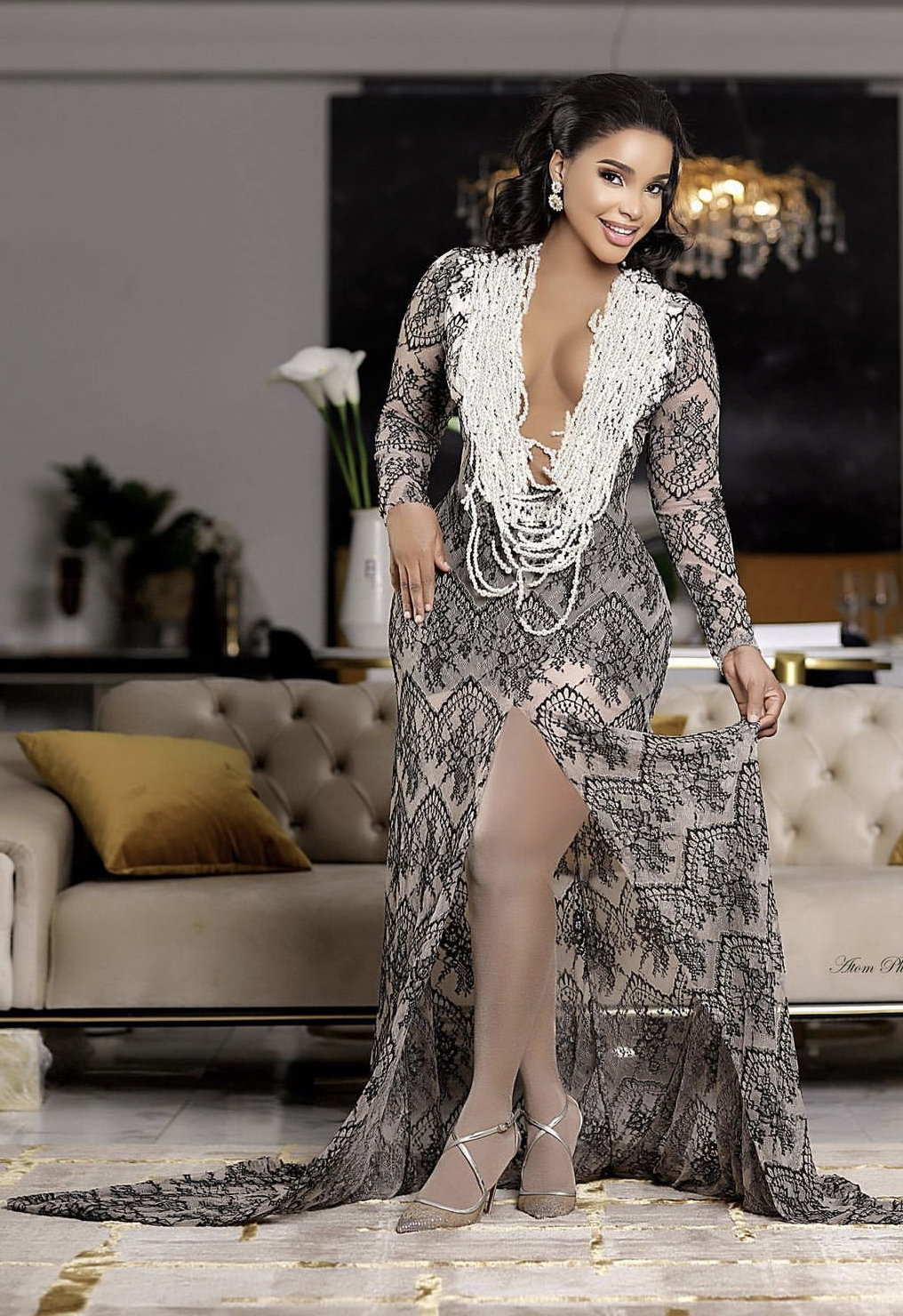 Ghanaian actress Benedicta Gafah is undoubtedly one of the beautiful ladies among her contemporaries.

Be it face, colour, or shape, Gafah ticks all the boxes one would look at when describing a beautiful woman.

However, just like many of her female celebrity colleagues, there have been many speculations and suggestions pointing to the conclusion that her body has been artificially enhanced.

Rumour has been rife for a while now that Gafah visited the infamous Obengfo clinic to undergo a liposuction procedure before getting her current shape.

Others have even suggested that the actress went further by going to Dubai to have her nose remoulded in order to look as pointed as it is now.

While Gafah has denied all of these rumours, they have not gone away completely and she has often been criticised on social media over that.

As if to deal with the rumour (could be consciously or unconsciously), the Zlofon Media actress has released two photos for fans to peruse.

The two photos are throwback photos that show what Gafah looked like before she became famous.

The first of the two photos has Gafah with another lady who according to Gafah is her sister called Belinda.

Belinda had her hands wrapped around Gafah’s neck while she held onto Belinda’s hands. From the look of the photo, the two looked like they were still in secondary school.

The second throwback had Gafah posing alone in a photo she said was taken immediately after she completed secondary school.

Wearing a pair of trousers and with her backside facing the camera, Gafah looked very shapely and just as beautiful as she is now.

Captioning the photo, Gafah wrote: “Another #tbt❤️ this was immediately after secondary school… my family know I love taking pictures, at most I’ll just pack my outfits and go to amingos photo studio asafo,for pictures.”