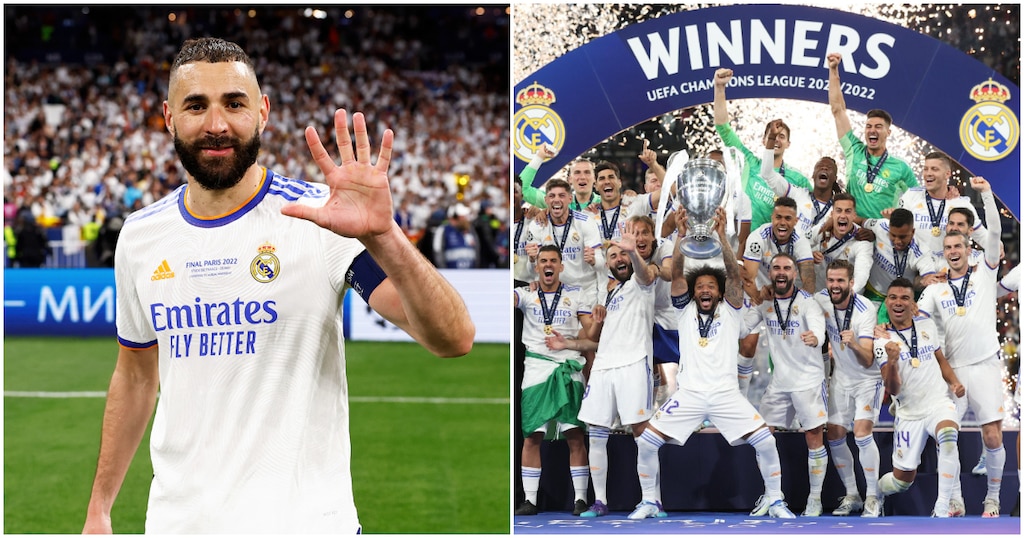 Benzema, who has been Madrid’s standout player throughout the season, propelled the record holders of the competition to the finals and were one step away from reaching Hallowed grounds.

Prior to the finals, Benzema and eight other current Madrid stars had won four Champions League titles but tonight’s victory against Liverpool helped match Ronaldo’s feat of five.

A solitary goal from Vinicius Junior was enough for Carlo Ancelotti’s side to claim victory at the expense of Liverpool, who will have to settle for two domestic trophies this season. The Reds were out for blood as they looked to get some revenge over the Merenguez in an on-pitch feud that dates back to 2018.