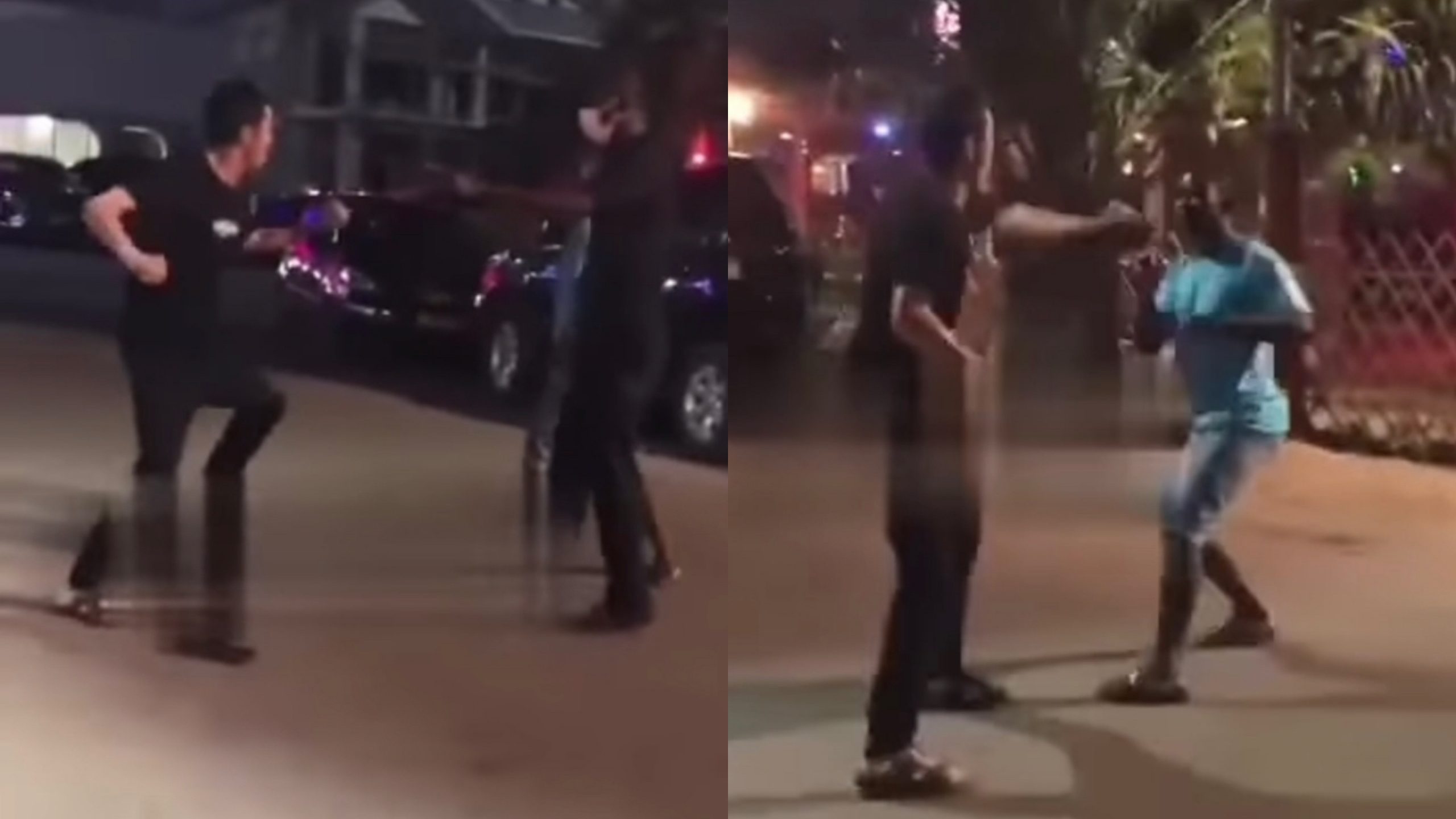 A video of a man said to be Ghanaian defending himself from a Chinese man during an altercation that swiftly escalated into a fistfight has emerged on the internet.

In the short footage widely circulated on social media, seen by Ghbestnews.net, the incensed Chinese man said to be the employer of the Ghanaian man is seen charging at his employee.

He proceeds to get physical with the worker as they both exchange words at each other.Ghanaian man defends himself Undaunted by his boss, the young man went on the defensive against the attacks from his Chinese boss, moving to land a slap on the face of his foreign employer.