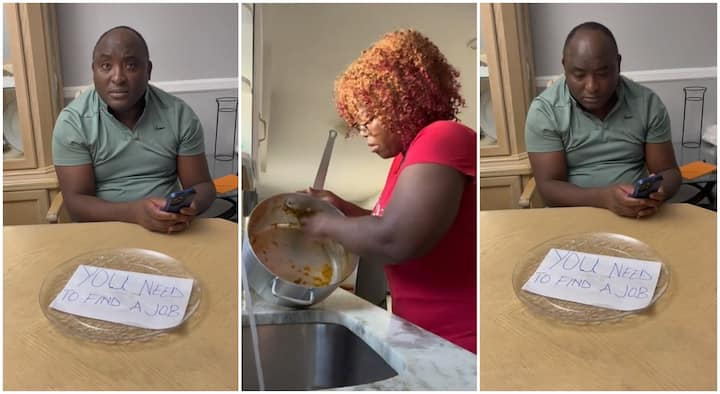 TikTok users are reacting to a video in which a woman served her husband an empty plate.

In the video, the man was waiting for his food only to get a covered plate that is empty.

According to his wife, the man keeps asking for food without working and contributing anything.

She asked the man to go and get a job so as to start contributing. The man was left in shock by his wife’s action.

“You Are The Best Mum Ever”: Nursing Mother Who Has No Hands Uses Mouth to Feed Baby, Video Goes Viral