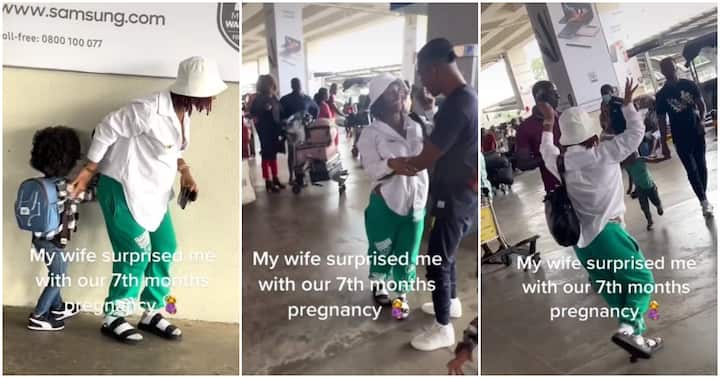 man caused a commotion on social media after sharing the surprising thing he found out about his wife. The Ghanaian man who had been away for months said he was surprised to find out that his wife is 7 months pregnant.

The woman with a protruding stomach and in the company of a little girl immediately jumped on her husband on sighting him from a distance. The man also had a child with him.

The couple was so excited to finally see each other and didn’t mind the scene they created at the airport. Netizens wondered how he was in the know about his wife’s pregnancy.

The man however promised to shed more light on this in a later update.

“All You Do is Debit”: Young Man Storms Bank to Close His Account for Not Getting a Birthday Text from Them