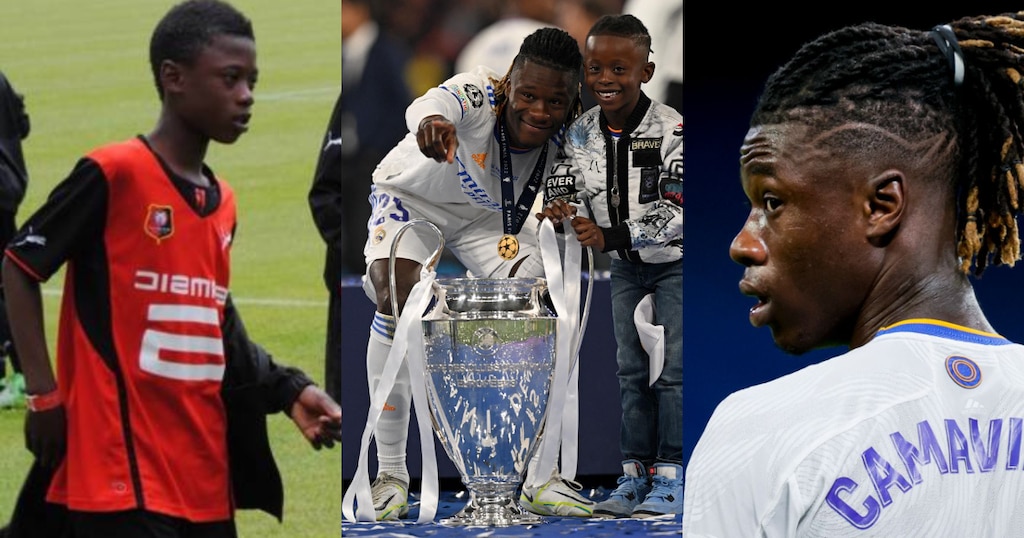 Edouard Camavinga won his first UEFA Champions League title with Spanish giants Real Madrid on Saturday nigh after coming on as a second half substitute.

The talented youngster, who seventeen years ago was battling to survive with his parents in the enclave of Cabinda in Angola, replaced Federico Velverde in the 85th minute and nearly came close to scoring.

The teenager’s life is truly an inspiring one, as he went from homelessness to becoming a UEFA Champions League winner at the age of 19.

On Saturday, May 28, 2022, the Angolan-born France international laid his hands on the coveted Champions League trophy. But the journey has not been an easy one for the 19-year-old.

Life in a refugee camp in Angola Edouard Camavinga was born in Cabinda, a war-torn area in Angola. His parents had to leave Angola when he was only two-years-old.

“I was born in a refugee camp in Angola after my family fled the war,” he said as quoted by The News Chronicle. “My parents brought me to a new life in France and football has brought me to the Champions League final.

“I’m grateful to play and proud to do so as a former refugee. I hope the millions of refugees in the world who also love football know that we stand together.”

In 2013, the Camavinga’s were hit with another tragedy, they lost all their properties after their home burnt down to ashes in France. According to the youngster, that inspired him to take football serious. Camavinga at that time was playing on the streets before joining his first team.

Joining Stade Rennais, his first professional club Camavinga joined Rennais at a very young age, playing for the youth team in 2018. After just a year, the potential of the talented midfielder was laid to bare.

He earned a quick promotion to the first team of Stade Rennais. He made his first team debut in the 2019 season, and after one good campaign, several clubs including Manchester United began to scout the defensive midfielder.