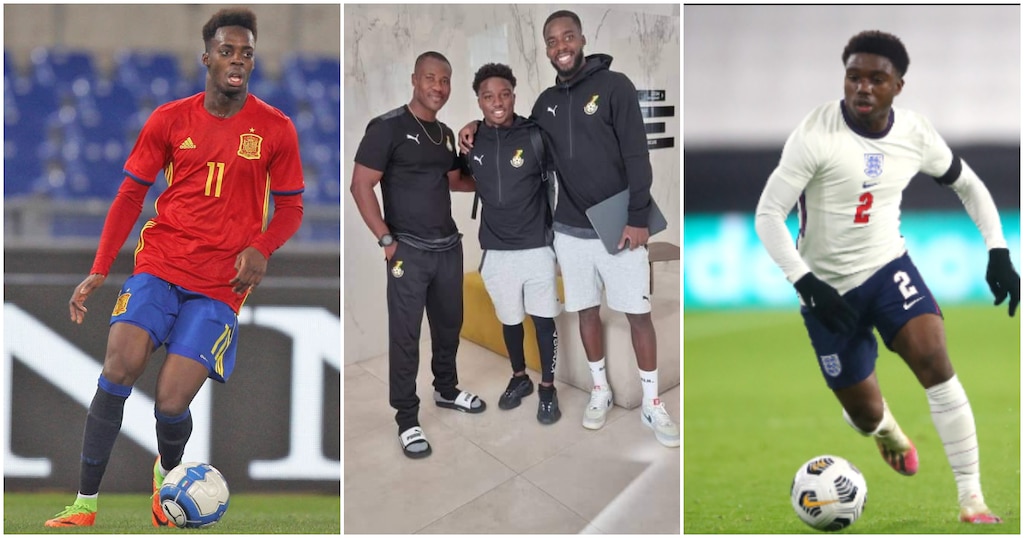 Inaki Williams and Tariq Lamptey have reported to the Black Stars camp ahead of the international friendlies against Brazil and Nicaragua.

The duo switched nationalities to represent Ghana and are both expected to make their debut when the Black Stars face Brazil on Friday.

In a photo posted on social media, the pair were spotted in their Ghanaian kits as they prepare for the two games later this week.

Inaki Williams represented Spain at senior level, making one appearance in a game against Bosnia and Herzegovina. However, the 28-year-old decided to represent to the country of his parents following changes in the nationality switch rules.

Meanwhile, Lamptey played for England at youth levels before switching to play for the Black Stars. Ghana will play Brazil in Le Havre on Friday, September 23, before engaging Nicaragua three days later in Spain.