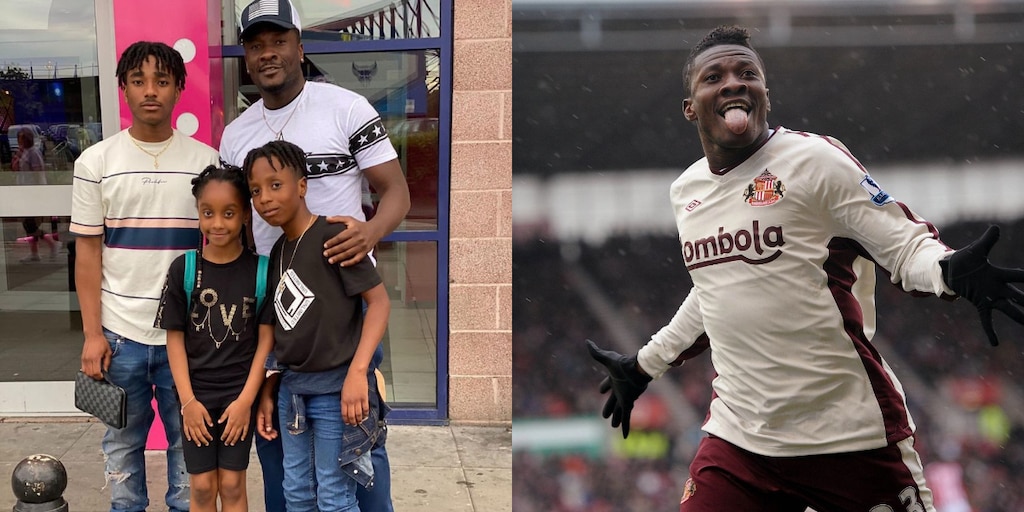 Legendary Ghanaian forward, Asamoah Gyan, has taken to social media to celebrate father’s day by sharing a photo of himself and his children.

Gyan, a father of three, met his children in the UK while studying for his UEFA License B coaching certificate.

In a photo posted on social media, the forward expressed love for his three children.

The 36-year-old posted the photo with three love emojis for his two boys and one girl.

The eldest, Fredrick Gyan, is following the footsteps of his dad as he plays for an amateur side in the United Kingdom, while the younger ones Rafael and Floyd are studying abroad.