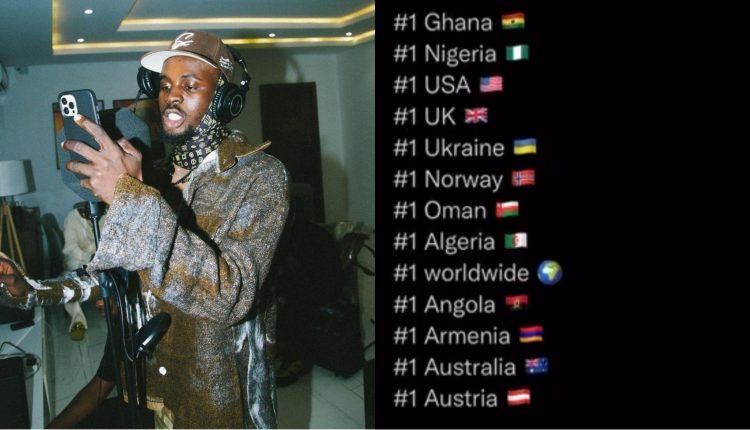 Kwaku The Traveller by Black Sherif is number one on Audiomack in The US, UK, Nigeria, and across the world.

Read Also: “Album Of The Year” Fans Thrilled As Kwesi Arthur Announces Date For The Release Of ‘Son Of Jacob’ Album

According to a Twitter post by Kalyjay, the song is now topping charts in countries like the US, UK, Nigeria, Algeria, and several other countries which makes it a global top chart on audio Mack.

The song which was first performed at the just ended 3music awards and released a few days was welcomed with enthusiasm by music enthusiasts and even non-music lovers.

The song had a million YouTube views after 7 days and was reported of topping the music chart in Nigeria by the same Kalyjay a social media influencer after a few days of its drop.

The post was comically captioned
“Black Sherif is mad.. crazy crazy crazy !!
This means the song is exceptionally the best.

This has made Black Sheriff currently 3RD on Twitter Ghana trends.