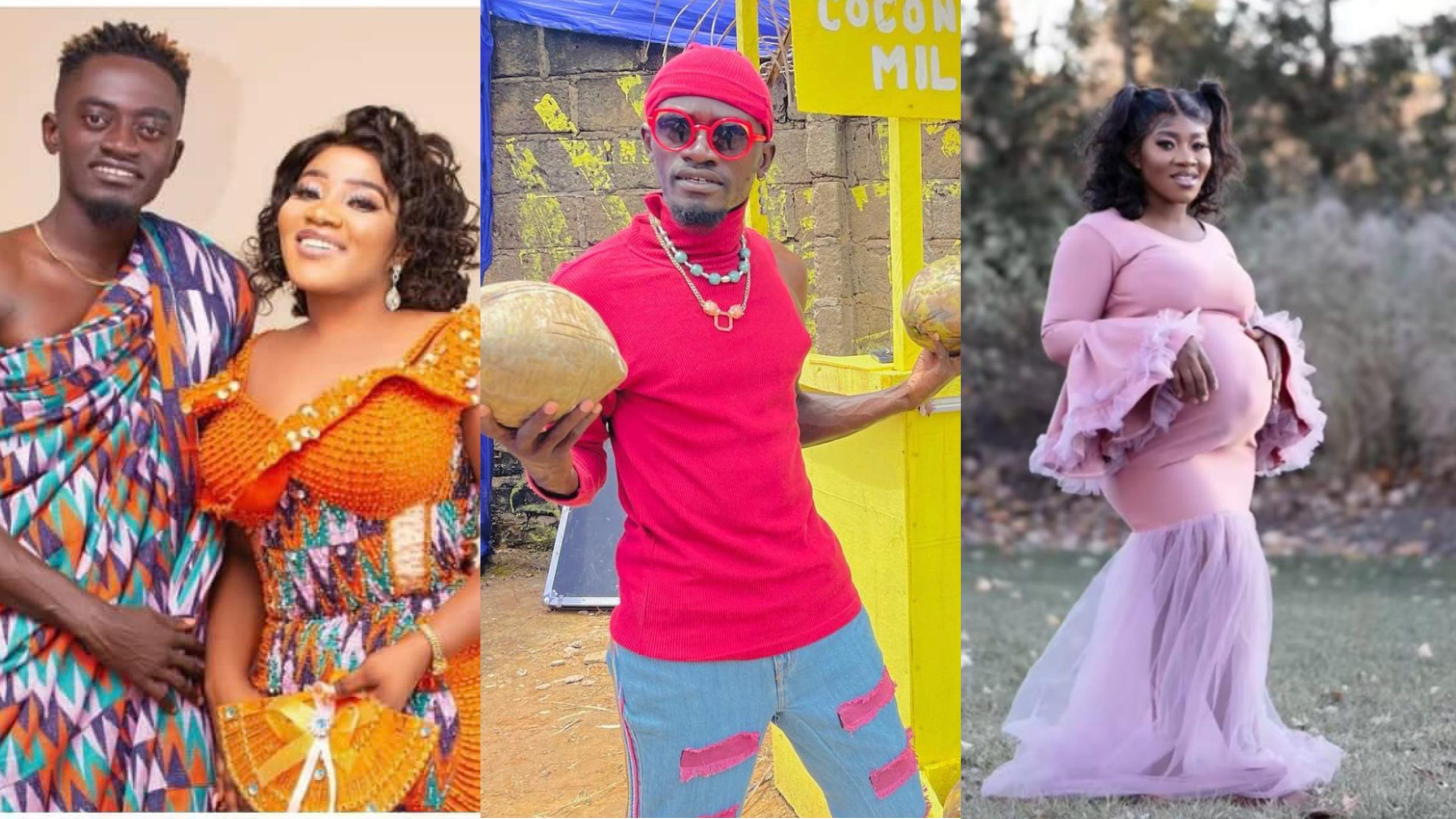 Celebrated Ghanaian actor and comedian Lil Win and his gorgeous wife Maame Serwaa have for the first time shown the face of his newborn daughter to the general public.

In a video that has surfaced on the internet, he showed the little girl’s face while she was laying down on the bed as KiDi’s Odo Remix featuring Davido and Mayorkun was being played in the background of the video.

The adorable little girl who is the 8th child of Lil Win was capotured rossing her hands in the air ar she she cooed while laying down on ehr back.

The little girl was dressed in a red dress as she has a blue ribbon which has had white poladots wrapped around her head.

Her official name has not been revealed yet, however, lots of congratulatiory mesages are pouring in for Lil Win and Maame Serwaa.

She was dressed in a white pair of sneakers that also has a blue and a white polkadot pattern on them.