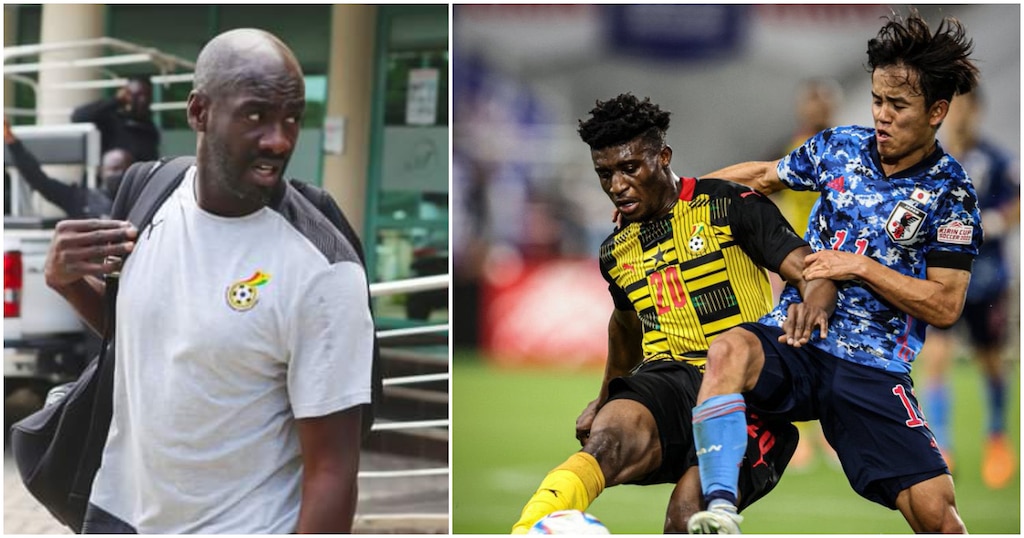 Black Stars trainer Otto Addo has admitted his side was second-best to Japan in their Kirin Cup semifinal game against Japan on Friday morning.

Otto Addo, who turned 46 a day before yesterday, was given a reality check as he suffered his first defeat as head coach of Ghana.

His side fell to a shock 4-1 defeat to the Asian giants much to the chagrin of supporters.Reacting after the loss, a forthright Otto Addo spoke with candour about the Black Stars’ loss to Japan.

“At the end of the first half, we also made a chance and scored a tie goal. However, it was unfortunate that we got a second goal just before the end. Even in the second half, we were fighting solid. However, after that, a third goal was scored and the momentum was lost. Japan was a very fast team with a good opponent,” he added. “If we press and steal the ball, we can score, I thought. I think I was able to prove it after 20 minutes in the first half. Still, we couldn’t cover the backspace. We had a pocket stabbed. In the final phase of one-on-one, I couldn’t stop the other party

The whole team was good for Japan. It’s hard to name one person. It was a very good team. Crosses were sent to Japan one after another in the box and we couldn’t stop the last part.”

Japan hands Ghana a heavy defeat in Kirin Cup Earlier, Sports Brief reported that Ghana were humiliated in their opening game at the Kirin Cup after hosts Japan thumped the Black Stars at the Tokyo National Stadium. The Black Stars suffered a 4-1 defeat to Japan following an abysmal display from a depleted Ghana side.

Coach Otto Addo was forced to change his team following ailment and injuries to most of his starters. Source: