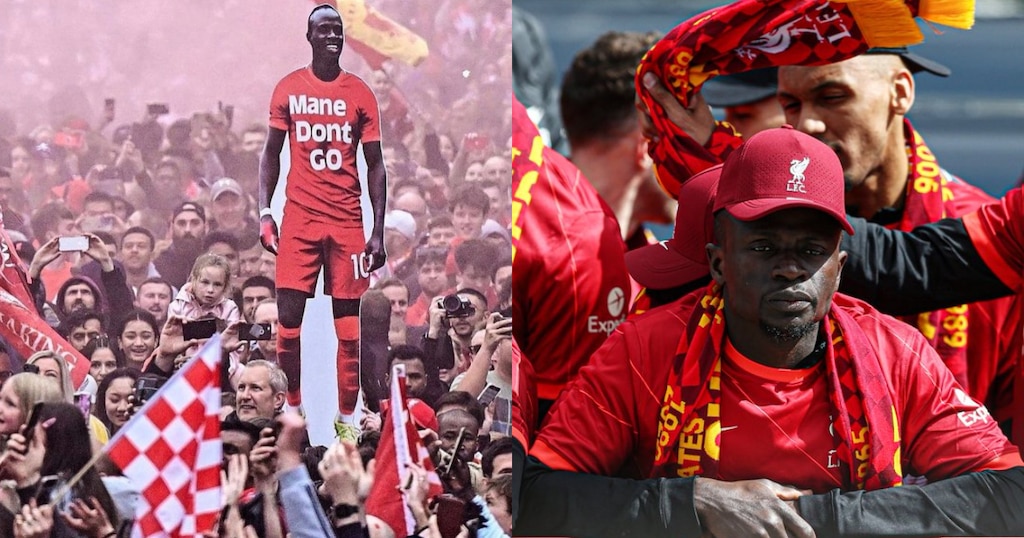 Fans of Liverpool are imploring Senegal forward Sadio Mane to stay following reports he will be leaving in the summer transfer window.

Mane is on the radar of German giants Bayern Munich and could seal a transfer to the Bundesliga next season.

Read Also: How Real Madrid Youngster Went From a Refugee to Winning the UEFA Champions League at 19

During the club’s trophy parade on Sunday, several fans reacted to the news and are hoping he will decide otherwise.

Sadio Mane is manager Jurgen Klopp’s first signing at Liverpool, and has spent six seasons with the Reds, winning the Premier League, the UEFA Champions League and the FA Cup.

The Senegal star seems to have played his final game for the club after featuring in the UEFA Champions League final defeat against Real Madrid. Mane joined Liverpool from Southampton and has since been a key figure at the club alongside Egyptian forward Mohamed Salah.

How fans reacted after reports emerged Mane will leave Liverpool

@its_Valexis LFC should do all they can to keep Sadio Mane. I don’t like seeing a club letting their talisman go when they sure as hell know they can do something to make him stay. They should start with his salary bcus he collects peanut compare to what he offers on the pitch week in week out.