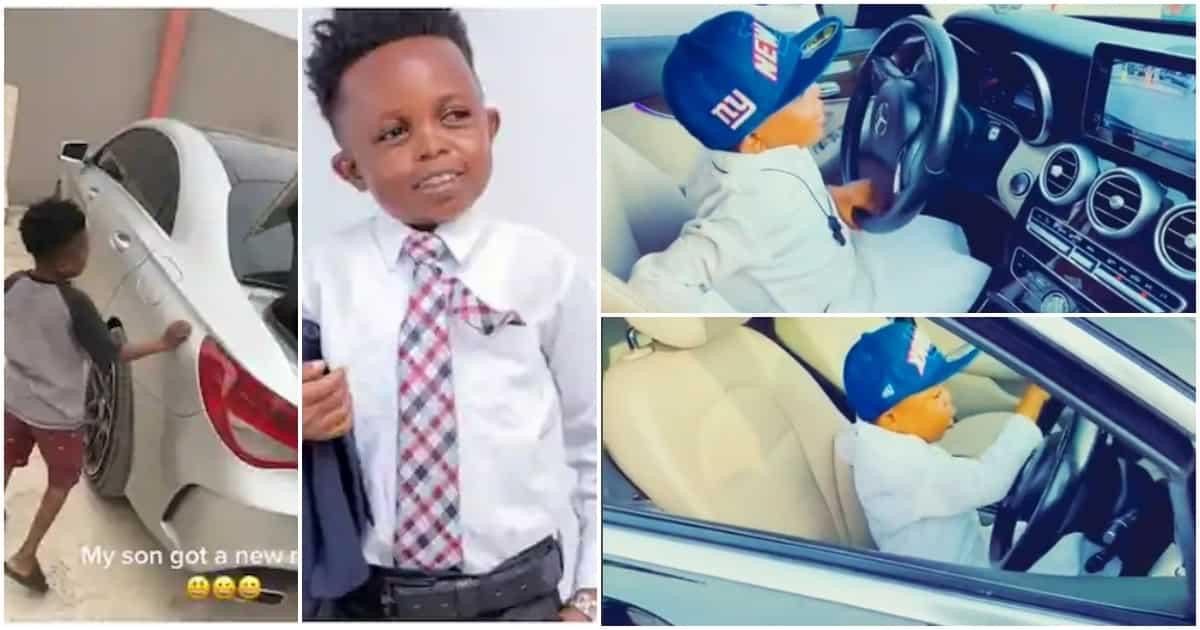 Ghanaian actor, Don Little, got many folks laughing after a video of him driving a Benz popped up on social media.

The affable actor attended an event and upon reaching the premises struggled to park a brand-new Mercedes Benz he came in with.

The hilarious actor had on an oversized snapback cap which covered a large portion of his forehead and made it difficult for him to see.

He could barely see what was behind him and what was ahead of him but persisted in parking the vehicle. Some men who were at the car park instantly noticed Don Little and began to cheer him on.

They jovially made jest of him upon noticing he was having difficulty parking the vehicle. They proceeded to help Don by directing him on where to turn and when to stop. In the end, he managed to park the car perfectly. The video sparked hilarious reactions on social media.

So cute: Kidi flaunts his handsome son Zane as they go on road trip in cute vid