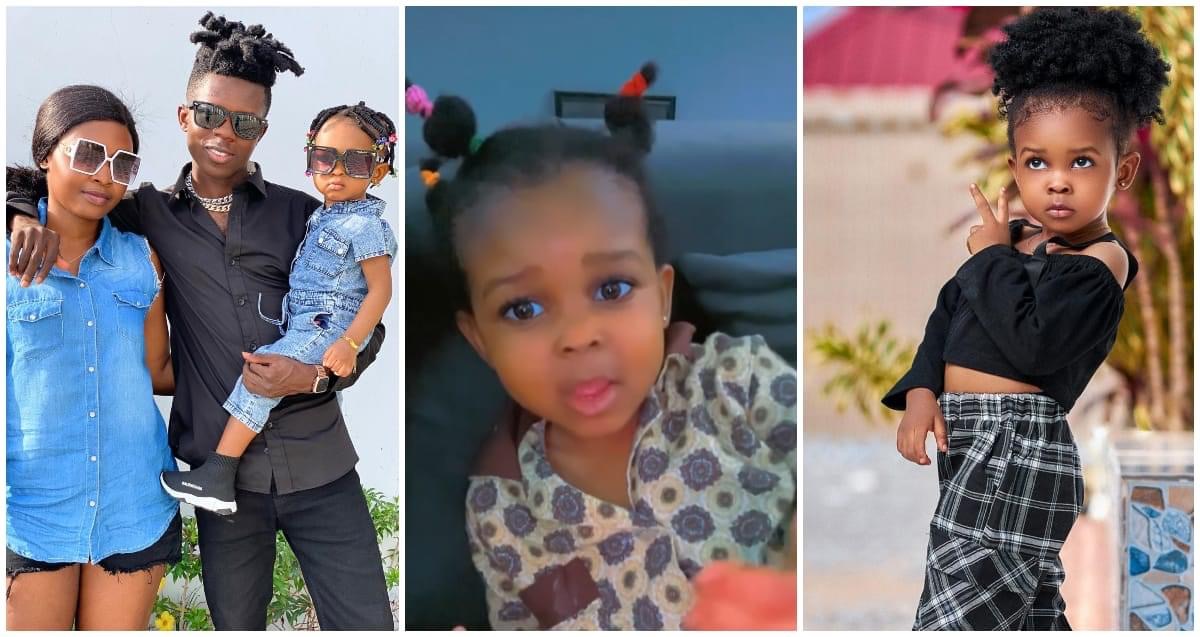 The beautiful and iconic daughter of Ghanaian rapper Strongman Burner has recently warmed many hearts after being captured in a video conversating with her mother.

The video sighted by YEN.com.gh on the Instagram timeline of @simonaoseistrong had her mother asking her how her day went at school to which the cute little miss revealed that her friend fell down but did not cry.

Simona also said her friend called her baby, but she believes she is rather the mother, not the baby. She went ahead to tell her mother, who braided her hair in an adorable way.

How Simona easily expressed herself in English and mentioned most of her words correctly got many social media users admiring her.