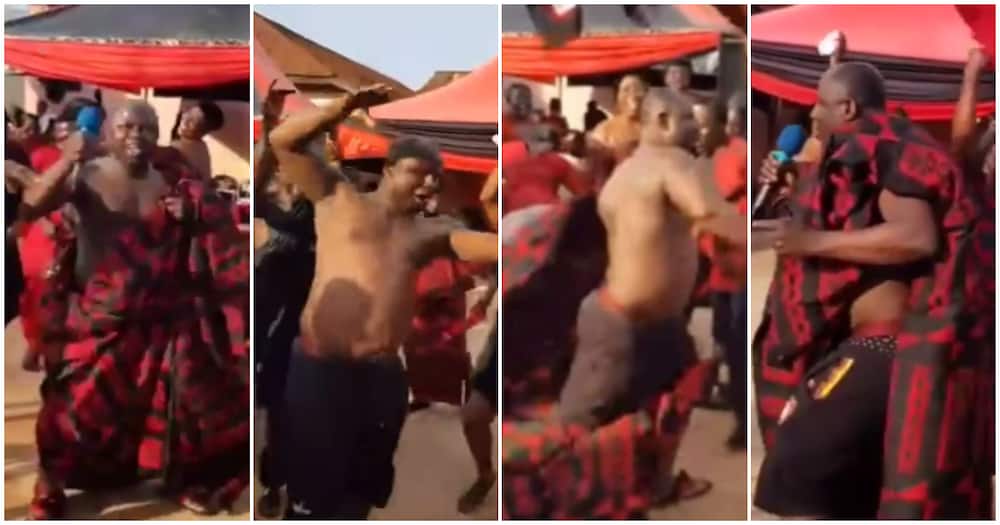 There was dramatization at a burial service as a man transformed the function into a mission stage to advance the ‘benevolent acts’ of the decision New Patriotic Party (NPP). The man, said to be the District Chief Executive (DCE) for the region where the memorial service was held, took the mouthpiece and began politicking.

In a video shared on the Instagram page of political lobbyist Kwame Asare Obeng, famously known as A Plus, the man is seen clad in grieving fabric.

Indeed, even before he could complete his sentence about Mahama, the DJ dropped Daddy Lumba’s 2008 mission melody for Akufo-Addo and the NPP. The second he heard the melody, the man charged and hopped around like an interest cleric in a daze.

He then, at that point, dropped the mouthpiece, discarded his fabric, and began moving vigorously to the tune.

Halfway through his dance, he began bouncing again and acted like he was doing legwork while numerous grievers went along with him on the dancefloor with others giving a shout out to him.

A post shared by The People's Person 🇬🇭 (@kwameaplus)

How To Check BECE Results on Phone

Sentiment Fraud: 2 Ghanaians Sentenced for their Role in Scamming US Man Out of Over $500K