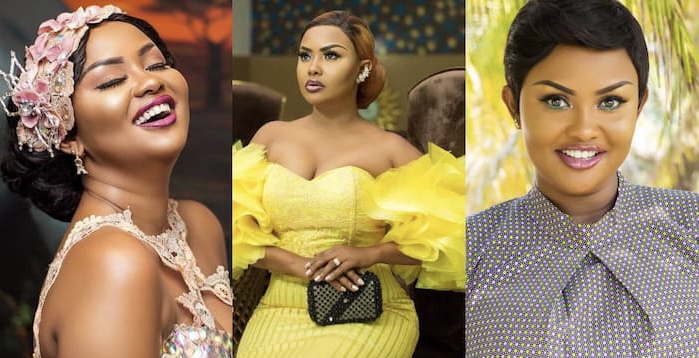 Ghanaian star actress, Nana Ama McBrown, is admired by many for the feat she has attained in the entertainment industry. She is versatile. McBrown can act very well, she can sing – in fact, she was a musician at a point.

McBrown is known particular for her acting and presenting skills but there is more to this woman that makes her phenomenal.

Ghbestnews.net brings you 7 inspiring facts about Nana Ama McBrown that many people did not know.

1. Driving all the way to Abidjan: McBrown is a strong and ‘hard core’ woman. In an interview with colleague actress Emelia Brobbey, McBrown revealed that she was once driving all the way from Ghana to Ivory Coast. She said she used to buy things from Kumasi to go sell to the people at the border. “Sometimes, we even sell cars there,” she said in that interview. Driving is often viewed as a man’s field. Therefore, for a woman to drive on such a long journey, she must be powerful, hot-headed, bold, fearless, and determined.

2. Fluent French speaker: Nana Ama McBrown also speaks fluent French as she would do with Twi. She displayed a bit of her French-speaking skills in the said interview with Emelia Brobbey and she was so wowed! When asked how it is that she is able to do everything, McBrown says it has do with learning from those one comes into contact with. She added that learning is not just about the classroom:

3. Italian speaker: As a multilingual, McBrown can also a speak good Italian. She again displayed this skill in an interview with musician Pappy Kojo when he appeared as guest on her McBrown Kitchen’s show

4. Washing her womb many times before being able to conceive: The actress gave birth to her birth to her first child at 42 years. She said she visited six fertility hospitals in Ghana and each time she went, her womb was ‘washed’. This means Nana Ama had to wash her womb 6 times before getting the chance to conceive. No wonder she loves her daughter Baby Maxin so much is will close down any school that allows its teacher to beat her.

5. Raised by auntie whose husband gave her the name McBrown: McBrown’s parents divorced when she was a child. She moved to live with her auntie when the situation became unbearable for her mother who became a single mother. McBrown’s real name is Felicia Agyemang. However, her auntie’s husband advised her to adopt his name, McBrown, for her showbiz name and this has come to stay.

6. No BECE: Due to the separation of her parents, McBrown dropped out of school even before reaching JSS 3. In an earlier report by YEN.com.gh, she said she could not even boast of a Basic Education Certificate Examination (BECE) certificate. Even without that McBrown has risen to the personality she is now.

7. Footballer: Nana Ama McBrown was also a footballer at a point in her life. She played for the Asante Kotoko Ladies Football team for five years. McBrown revealed that she had to quit football because she was disappointed along the line. The disappointment, she said, came when she could not make enough money from football as she had anticipated.

Simona: Strongman’s 2-year-old Daughter Teaches Her Mom How to Pose; Photo Surprises Many