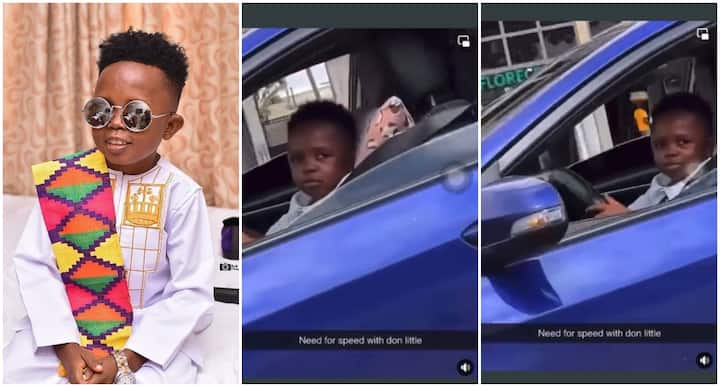 Ghanaian comic actor, Don Little, has caused a stir on social media after he was spotted in town driving a Toyota Corolla.

The short actor had multiple pillows strategically arranged on his car seat to prop himself up to reach the steering wheel.

Read Also: “God Did It” – Fella Makafui Old Video Dancing In Front of Her New Car Gets Many People Talking

The video was taken by some young men in a vehicle adjacent to Don Litle’s car. The guys were shocked to see the little man driving and burst out in laughter whiles they recorded him.

The video has since gone viral on social media, and it has stirred interesting reactions amongst netizens. Some people questioned how Don got a license while others wondered how he managed to reach the pedal.