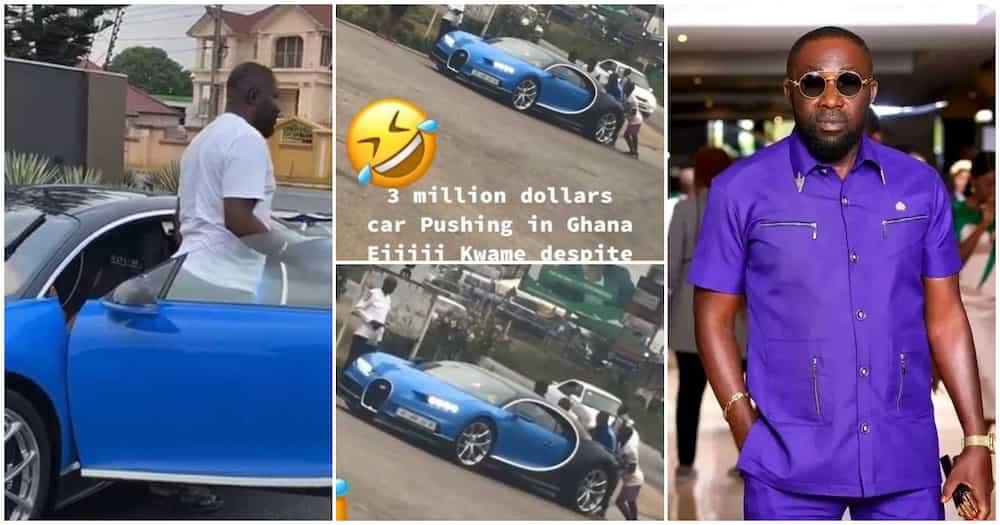 Ghanaian business mogul Osei Kwame Despite is known to own many expensive cars, one of which is a Bugatti Chiron Super Sport.

The Despite Media CEO recently hit the town with the car which was estimated to be worth about three million dollars at the time of purchase.

Read Also: “Where is Medikal?” – Fella and her daughter drip with cuteness in Xmas photos

He seems to have encountered a problem with his expensive automobile, a video of which has surfaced online and is fast going viral.

Some young men stood at the back of the vehicle and were having some deliberations. After that, the young men tried to push the vehicle but it did not move.

Video Shows Priceless Moment Woman Danced for Her Son after He Bought Her a TV, Melts Hearts