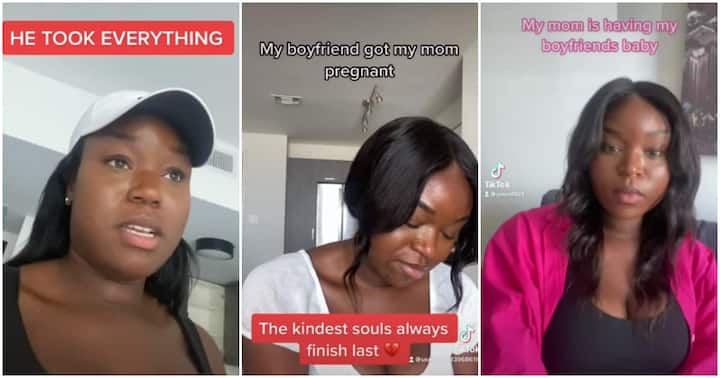 A young lady, Vanessa Jules, has lamented on social media after she discovered that her mum was not only having an affair with her boyfriend but is now pregnant for him.

A heartbroken Vanessa made a series of videos on TikTok detailing how she found out about the affair and what she did next.

How Vanessa found out about the pregnancy

In a video sharing the sad development, Vanessa said she was away on a girls’ trip to Mexico with friends.

The lady said she put a call across to her mum in America to enquire how she fared and found out from the tone of the woman’s voice that she was disturbed.

In the course of pressing her mum for answers, her mum then opened up that she was pregnant.

Vanessa who was unaware that her boyfriend was responsible said she began to advise her mum on things she should do as regards newborns.

Her world turned upside down when she was eventually told that the father of the baby is her boyfriend.