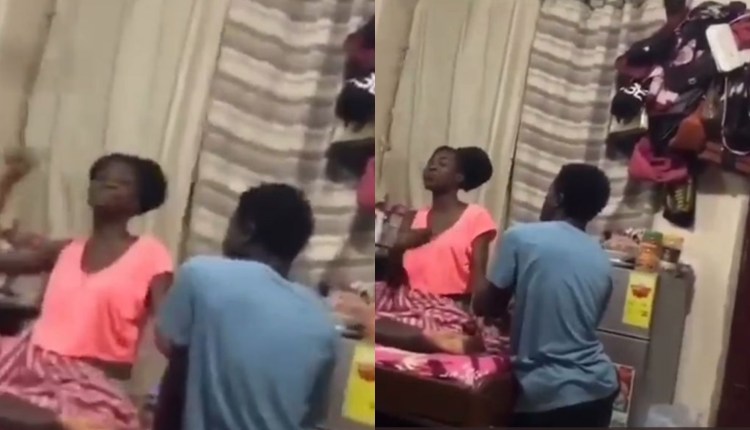 A video circulating on twitter has seen a male student of a university begging and apologising to his girlfriend.

The girl in the video kept saying ” It is over”. It is believed the guy cheated on his girlfriend and now has returned and on his knees asking forgiveness.

Read Also: “Nice Goods”- Lady Expresses Happiness Within By Dancing To Cause Stir

From the look of things, the girl is not ready to continue the relationship as she has still insisted on it been over between the two

Have you seen this ? 😂😂😂😂😂😂 pic.twitter.com/InGexgNrQH

“Nice Goods”- Lady Expresses Happiness Within By Dancing To Cause Stir