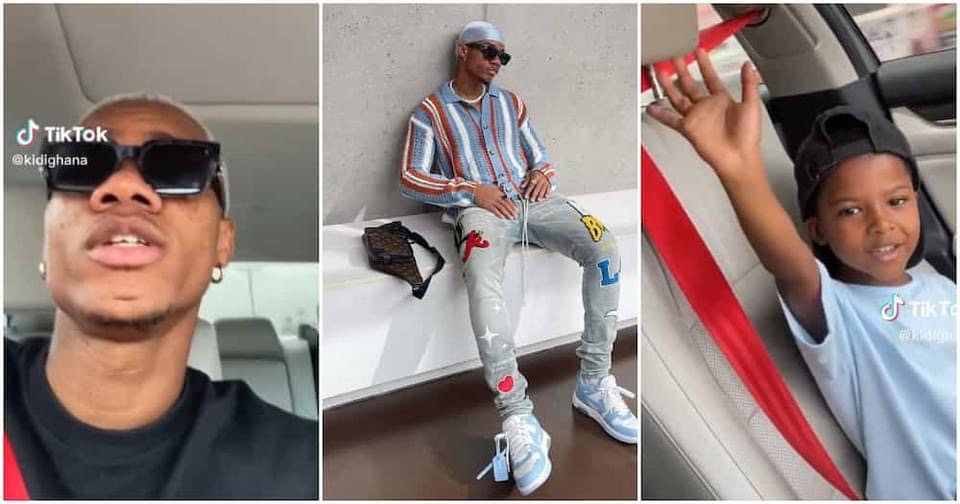 Ghanaian musician, Kidi, in a video shared by a fan page on TikTok went on a road trip with his adorable son, Zane.

The Afrobeats star, had his favourite sidekick in the passenger seat while he drove and made a video.

Zane had his seat belt wrapped around his waist whiles he sat quietly next to his daddy. A proud Kidi, turned the camera towards Zane and said he was chilling with his boss.

The adorable little boy waved at the camera which made Kidi laugh. Kidi in the past has shared multiple videos bonding with Zane.

It is evident that the ‘Touch It’ hitmaker adores his son very much. Kidi, had Zane at the young age of 23, before becoming famous.

He has shown that Zane is one of his biggest sources of happiness as he is always smiling and laughing when around the little boy. Kidi’s fans admired how close he and his son were.