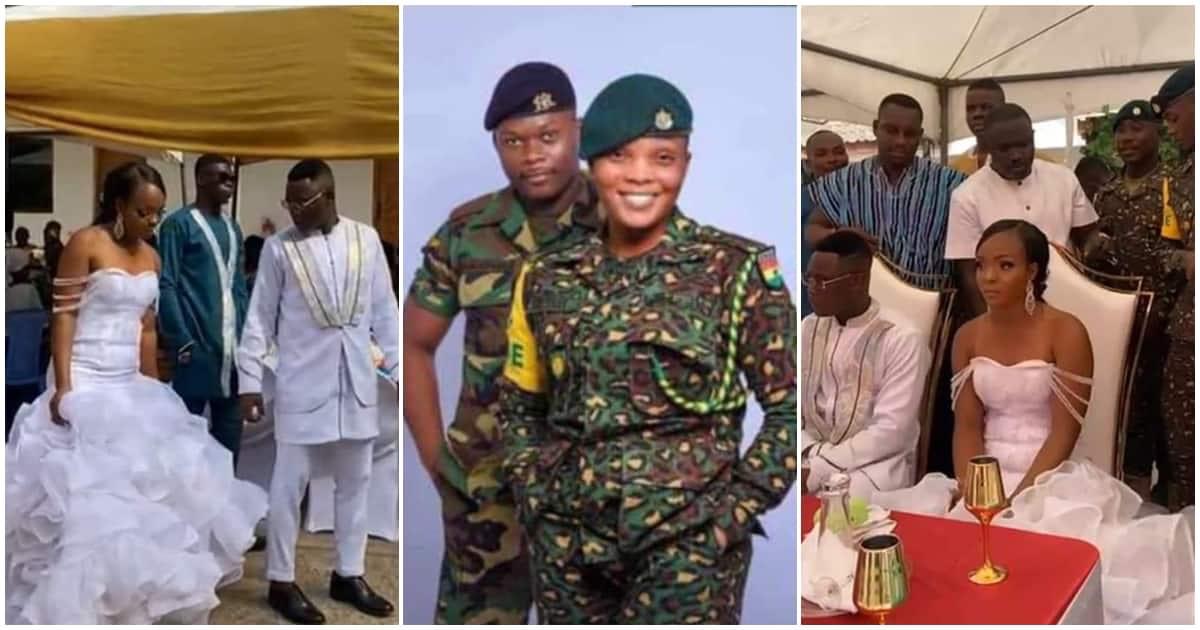 The wedding of a young lady, Rubby Klenam Tetteh, and her soldier boyfriend has caught attention on social media.

This follows a post by a Facebook user, Uncle Bless, that Rubby Klenam was a cheat who had given him a raw deal.

Uncle Bless who is based in the Volta regional capital of Ho revealed that Rubby, his ex-girlfriend, dumped him for another man after spending all his money.

According to Bless, his ex-girlfriend, known as Rubby Klenam, used him to do the donkey work in her life while courting a soldier who she is about to marry.

Photos from Rubby Klenam’s have found their way onto social media as the event continues. One of the photos sighted on Facebook show the bride arriving at the church in her gown and vei

The couple was also spotted arriving at their wedding reception in the photo below.