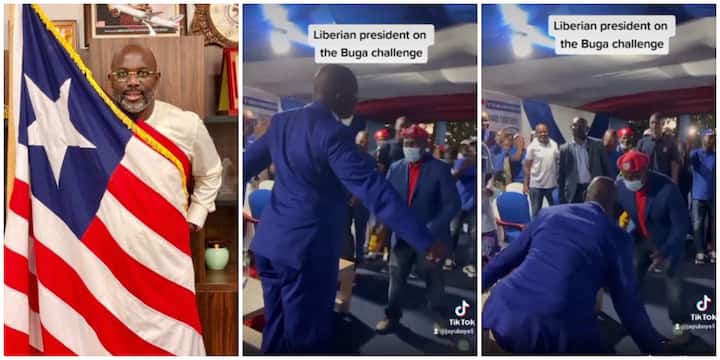 inger Kizz Daniels’s #BugaChallenge doesn’t seem to be wrapping up anytime soon as another public figure,that’s the president of liberia  has jumped on it.

A video making the rounds on social media captured the moment President George Weah of Liberia hopped on the challenge at a public function.

His Excellency  Weah appeared just like young and energetic youths who have been participating in the challenge since it started several weeks ago.

The president didn’t mind the fact that he was fully suited as he moved his body, twisted his waist and even jumped on his feet at some point.

Hundreds of Liberians who witnessed the spectacular moment couldn’t help but shout in excitement as they hailed their leader.

Watch the clip below:

Related Topics:Liberian President
Up Next

Kwaku Manu Reflects On Humble Beginning; Inspires Fans With Before And After Fame Photos