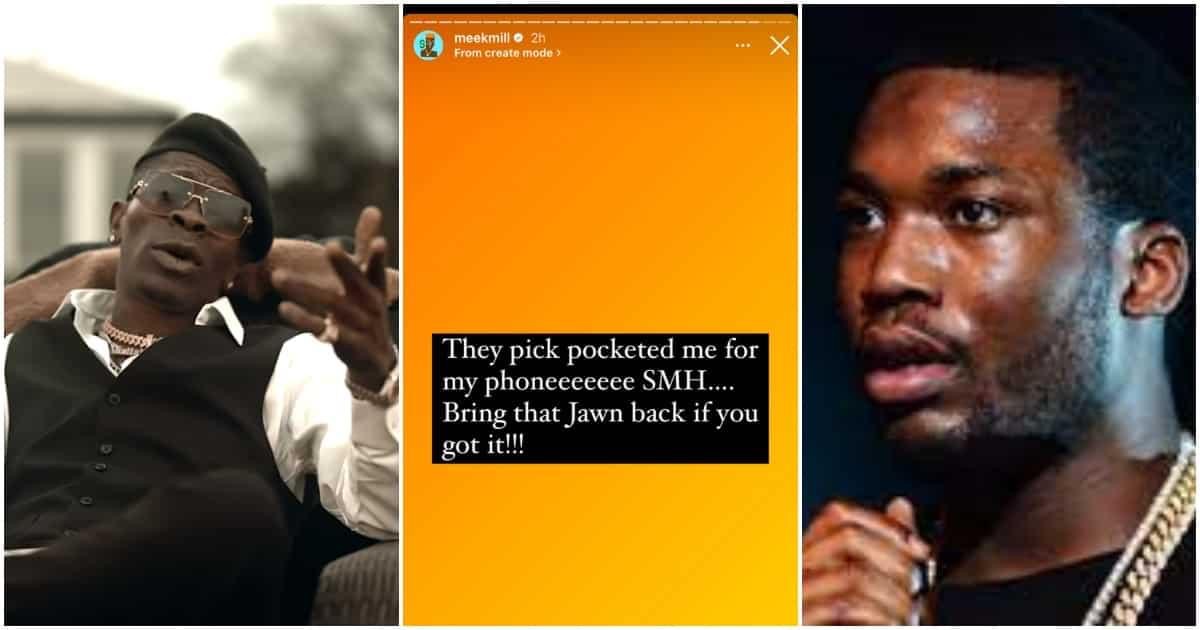 Meek Mill touched down in Ghana days ago for the Afro Nation Concert in Accra. The rapper was having a blissful time in Ghana until the unfortunate happened.

His mobile device got stolen whiles en route to the concert. In multiple videos that popped up on social media, the rapper could be seen hanging with some Ghanaian biker boys.

Many netizens believed that was how his phone got stolen. However further details have later surfaced.

Theories On How Meek Mill’s Phone Got Stolen

In some new videos that have popped up, Meek Mill could be seen climbing a canopy and battling his way through a large crowd at the concert. It is believed, that the rapper’s device got stolen in the midst of the confusion