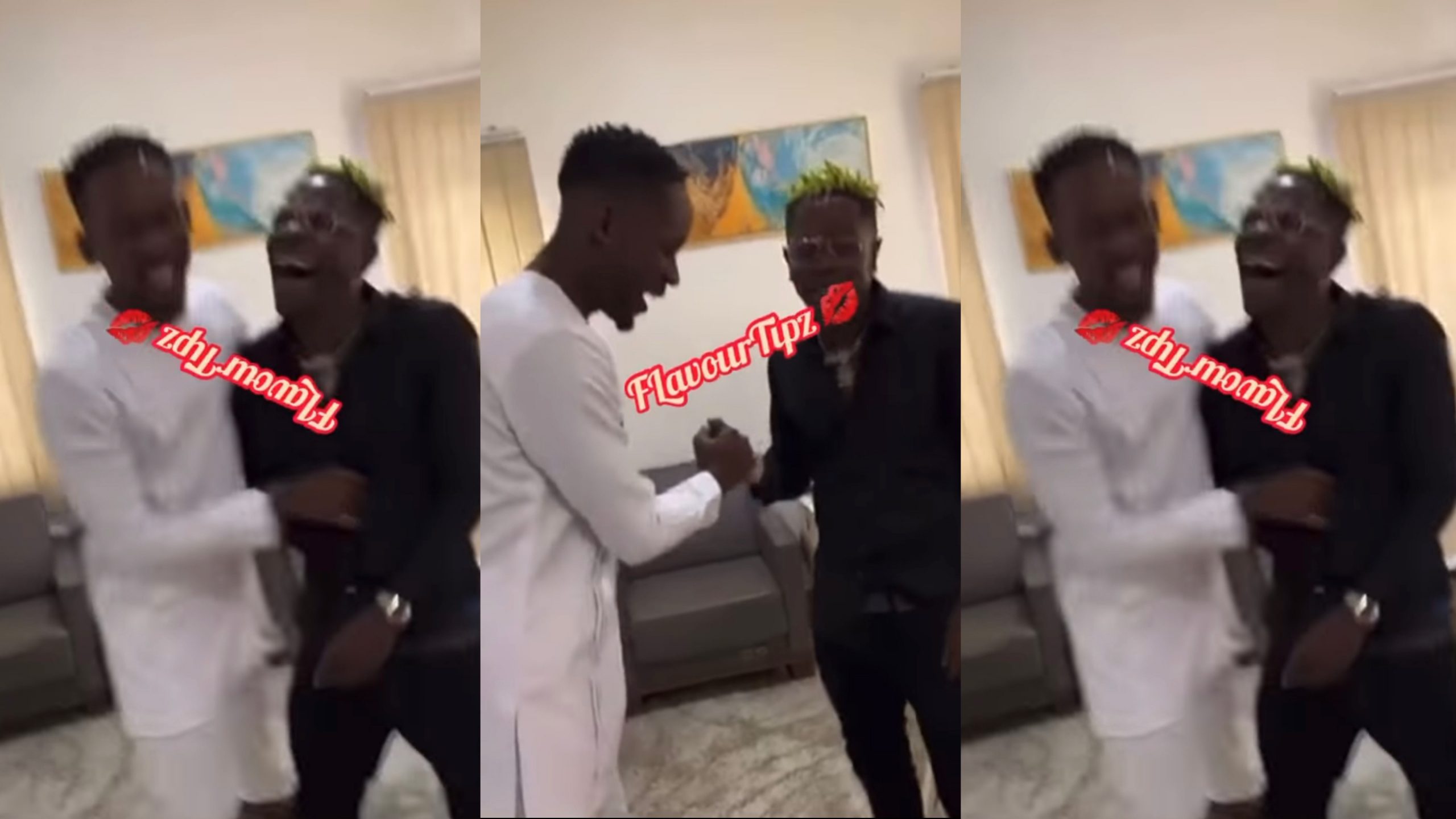 Dancehall artiste, Shatta Wale, after disclosing a month ago that he was going to travel to Nigeria on a media tour, has reportedly made the trip.

Although it cannot be confirmed if the location was
indeed in Nigeria, the two artistes engaged in a
conversation while sharing laughs and making jokes in a room that looked like an office space.

Many Ghanaians thought it unwise for the Shatta
Movement Boss to visit Nigeria after he had attacked Nigerian artistes for not supporting Ghanaians concerning music advancement.

He stated during the beef with Nigerians on social
media that given the support he gets in Ghana, he
doesn’t require the help of Nigerians to promote his song to the rest of the world.

In a tweet dated August 23, he explained: “I said media tour, not promo tour! I am only traveling with my best friend to go and do oil research and you people are complaining ok continue.”

Also commenting on how his announcement topped trends across social media platforms, he tweeted: “Only One man post. News”